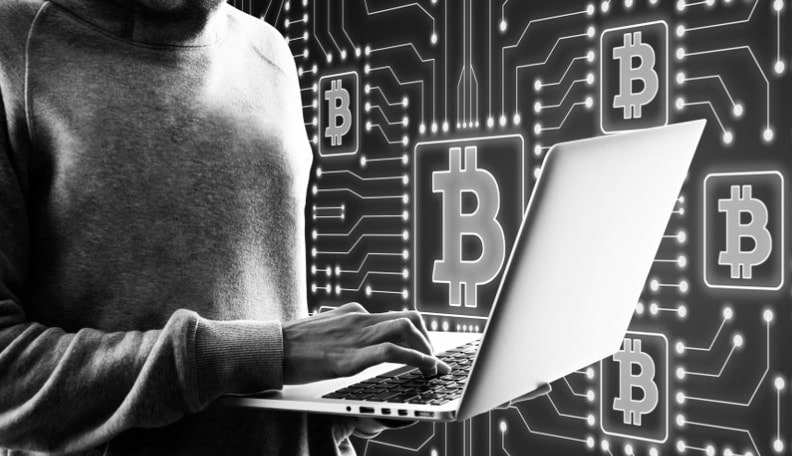 ARE YOU SELLING CRYPTOCURRENCIES? WHERE TO DO IT RIGHT?
20/06/2022 dr Anna Maria Panasiuk - Wealth Advisor

Cryptocurrencies are slowly, yet relentlessly fighting for their place in the mainstream of investments and alternative currencies. At the same time, governments are doing their homework by introducing new laws and tax regulations. Certain countries compete in building their image as crypto hubs (Portugal, Switzerland or the UK) by creating facilities for investors. However, it is a world that is very rapidly changing and evolving. While some countries are trying to attract investors, many see cryptocurrencies as a potential new area for tax revenue; thus, it is not surprising that there is an aim to tax them. Let us take a look at what these regulations look like in Europe today.

Portugal – number ONE for crypto?!

Many investors have decided to use the Portuguese NHR tax regime. It enables people residing in Portugal to receive a tax exemption on income earned abroad if it is taxed in the source country. Nonetheless, income earned in Portugal is taxed. In some cases, a reduced tax rate (i.e. 20%) may be available. The NHR status itself does not however mention cryptocurrencies.

Below are some examples of revenues associated with cryptocurrencies based on the tax regime in Portugal.

Income from services, most often development ones, as revenue from services paid for in crypto. This is nothing more than a barter transaction. One receives cryptocurrency instead of money for a provided service. This is a basic commercial transaction, which is taxable both in Poland and Portugal. It is noteworthy that in Poland, it can be taxed more favourably due to the universal flat rate, while in Portugal, the tax on this type of activity would be 20% of the income or more.

Investments in crypto. Such investments can be realised as daily trading in crypto or as virtual assets expressed in crypto. If it is an operation demonstrating the investor’s activity, it will qualify as a business activity just like any other and will be taxed on a normal basis. Maintaining that income from such activities is not taxed in Portugal is false. In addition, this type of activity is more favourably taxed in Poland (i.e. 19%) as it is considered capital gain. On the other hand, in Portugal, depending on the classification, it can be 28% if it is classified as capital gain or in the case of an activity, which is treated as business income, it is subject to the progressive rate, which in Portugal ranges from 14.5% to 53%.

Passive investments, sometimes called private ones, are examples of investments, which can be tax exempt in Portugal. It is about selling cryptocurrencies as a private passive asset. Indeed, such a transaction would not currently be taxed in Portugal, just as it would not be taxed in other places in Europe. Thus, if you have collected crypto or invested in Bitcoin, then it is true that settling in Portugal and selling your crypto as a one-off transaction can be exempt from tax.

Switzerland as a crypto hub – what does the tax system offer?

If you take a good look around, there will be a few more places in Europe where cryptocurrencies benefit from a similar “exemption” to the one in Portugal. In Switzerland, there is no capital gains tax if you are not an active trader. In 2019, the Swiss Federal Tax Administration issued a regulation, which exempts individuals from tax on cryptocurrencies. This means that as long as you are not a professional investor, you can invest without having to worry about capital gains tax on realised profits.

Similar regulations exempting income from crypto are in force in Cyprus and Slovenia. In these countries, the disposal of private assets is exempt from tax. Only cryptocurrency trading is taxed as an ordinary business or professional activity. What a surprise! It is the same in Portugal!

All in all, you will not pay tax in Portugal, Cyprus and Slovenia if your investments are passive in nature, i.e. they are occasional and consist of the disposal of private assets – they are not professional activities.

And how much tax will you pay on cryptocurrencies in Germany?

It is somewhat different in Germany, where precise regulations have been introduced for cases when a transaction is classified as private. Here you will pay income tax on short-term capital crypto transactions. The tax rate is the same as the regular income tax rate, i.e. up to 45% plus up to 5.5% solidarity tax. However, if you keep cryptocurrencies for at least a year, you will not pay any tax on the profits from selling them!

Hence, in Germany, cryptocurrency is viewed as a private asset. This means that cryptocurrencies are subject to individual income tax and not the capital gains tax.

When it comes to paying tax, the decisive factor is the holding period.

In addition, you will not pay tax on cryptocurrency profits when:

Attention! The above-mentioned exemption does not apply to staking profit. Such profits will only be exempt from tax if the wallet holding period is 10 years. However, this does not change the fact that Germany has a good offer for investors.

In Poland, there are no allowances for cryptocurrency trading. Yet, there is also no distinction between private and professional crypto trading. All income can be taxed according to a flat tax rate, which is competitive with respect to the level of taxation in other countries. Moreover, an exchange of one cryptocurrency for another is tax-neutral, i.e. it has no tax implications.

Thus, the income tax on the exchange of virtual currencies in Poland amounts to 19%. In the case of annual income of more than PLN 1MM, we will be obliged to pay a so-called solidarity tax in the amount of 4%. Taxpayers are also required to settle cryptocurrency transactions in an annual PIT declaration.

According to the Personal Income Tax Act, the source of income resulting from trading cryptocurrencies is the “paid disposal of virtual currencies”.

Based on this regulation we can conclude that the exchange is for:

France tries to be competitive with digital assets – how are they doing? Judge for yourself.

Although cryptocurrencies are taxed in France, the French Council of State has made efforts to give investors and crypto users more freedom. Not only was the sales tax on cryptocurrencies reduced from 45% to 19%, which under French conditions indicates a tax incentive, but also crypto was reclassified as a movable asset. Earlier, crypto revenues were considered capital gains in France.

What about Malta, the recent precursor of the crypto regulations in the world?

Malta, also known as a blockchain island, seeks to attract cryptocurrency investors. The country is one of the first jurisdictions to enact legislation on cryptocurrencies, defining different classes of virtual financial assets, providing regulations relating to innovative technology arrangement and services (ITAS) as well as establishing a Digital Innovation Authority.

Similarly to the case of taxes on long-held bonds in Malta, long-held cryptocurrencies are also not taxed.

Nonetheless, transactions in cryptocurrencies are perceived as similar to trading stocks or shares. Hence, they are subject to Corporate Income Tax (CIT) of 35%! It is however possible to follow the Maltese regulations in a way that would allow the tax rate to be reduced to the level of 0%–5% – it all depends on the turnover and the place of residence.

You would currently have to pay a minimum of 10% tax on cryptocurrency revenues in the UK, BUT? Attention!

Compared to other countries, the UK does not stand out in terms of cost-effectiveness of settling cryptocurrency business. With the aim of promoting the UK as a crypto-friendly country, the government is planning to introduce regulations relating to cryptocurrency trading. Hence, it is advisable to follow future changes to the regulations in the UK.

Which countries are expensive for cryptocurrency investors?

Norway – here cryptocurrency sales qualify as capital gains, which translates into income tax of 25%. Cryptocurrency mining is also taxable, since in Norway, it is recognised as income. Additionally, companies will be obliged to pay corporate income tax on cryptocurrency as well as VAT of 25% on sales.

The Netherlands – both mining and trade are subject to taxation. Cryptocurrency investors pay for fictitious profits, which are very low, and the tax amounts to approx. 0.54%–1.58%. As a result, even holding results in taxation. Hence, in the Netherlands, you may be taxed on unrealised profits.

Spain – The Spanish are very thorough in ensuring that no one evades taxes and the citizens are required to disclose their profits from crypto trade. In addition, while long-term profits from trade can be taxed at up to 23%, the tax on short-term transactions can range from 24% to 52% of the income.

What will the future bring in terms of regulations on cryptocurrency trading?

Domestic currencies are dependent on the state of the economy of a given country, whereas cryptocurrencies are valued based on the economy (when they are related to a specific project) as well as on the supply and demand. In order to buy cryptocurrency, users need to exchange their national currencies into Bitcoin. When buying Bitcoin or other cryptocurrencies, people withdraw money from their country and place it in another economic option. This has a direct impact on government funds, which means that governments no longer have control over the value of the exchanged currency. Since the success of crypto directly impacts both the currency and the economy, countries are trying to regain control by implementing new regulations, including appropriate tax regulations.

Breaking news? In June this year (!), the Parliament of Portugal made its first attempt to impose a tax on cryptocurrencies. The ruling party voted against it as it plans to tax the cryptocurrencies in a different way. What way? We may find out soon, as such a tax might be introduced even in 2023!

What should you be aware of?

As you are probably aware, the regulatory market falls behind the dynamically developing digital asset market. Additionally, tax rules in individual jurisdictions do not change uniformly and even if you invest in cryptocurrencies, a broader perspective must be considered and predictions should be made when making any transactions leading to a sale of currency or a purchase of a service or any other asset. When making investment decisions, you also need to be flexible and ready for changes relating to taxes. Crypto is an international trade; therefore, being familiar with the rules of this market is fundamental. Advice?! Before you move to another country to profit from the tax benefits of a new market or the availability of different forms of cryptocurrency transactions, first take time to carefully analyse how they will work for you. 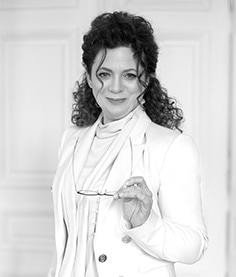